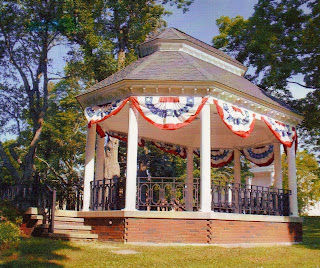 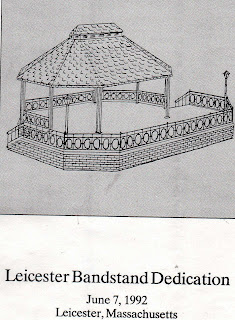 The town of Leicester has been steeped in only rural and agricultural ventures but at one time there was an abundance of grist and saw mills running due to the area's abundant small rivers and streams feeding into the Blackstone and Quinneboag River Valley.
Purchased from the Nipmuc Indians in 1686, the town had Towtaid as its original name by these native Americans but was changed to Strawberry Hill due to the many wild strawberries that grew in great quantity then to Leicester after Leicester, England where the father of the first selectman, Thomas Green, had originated from.
During the American Revolution, Leicester sent their standing militia companies to Lexington and Concord to aid in the defeat of the British. The term "Minuteman" itself originated in Leicester at a meeting of the Committee of Safety in 1774 when Colonel William Hensaw, of Leicester, first coined the phrase after he stated, "we must have companies of men ready to march upon a minute's notice."
For many years, the town of Leicester was a center for industrial ventures heavily into textiles until a slow decline took place in the late 20th century and complete ending in the 1990s but the pride in the town still thrives with other business ventures still making Leicester a wonderful place to work and live.
Leicester's magnificently built 8-sided bandstand represents more to the citizens of the town then just an investment in their money and materials but is a symbol of a caring and committed community. The bandstand was built on the Leicester Town Common and custom designed by Leonard L. Ivel in 1991.
A 2-week phonathon for donations raised close to $24,000 for this, the first bandstand in Leicester and was presented to the town in a special dedication held on June 7, 1992. Since that time, there have been many summer seasons where 8-9 concerts are held with a special one on the town's Harvest Fair. This wonderful bandstand was built sturdily and the town believes it will stand for at least a hundred years with many concerts emanating from the beautiful stage area.
INFORMATION FURNISHED BY:
Judith C. Ivel, Summer Concert Coordinator
Posted by David Levine

Want to see your towns bandstand on this blog? Email David Levine at mrbandstand@gmail.com with any information or historical contributions.